A History of Cruise Ships: From Past to Present

For over 100 years, people have been using cruise ships to travel. As one of the longest-standing methods of travel – find out have cruise ships have changed and grown over the decades.

Nothing can beat being on a cruise ship. With numerous restaurants,forms of entertainment available and numerous destinations across the world. It doesn’t matter if you want a full blown adventure through the wildlife of Alaska, or to chill and soak in the sun on a mediterranean cruise, there will always be a cruise tailored for you. Modern luxury liners provide journeys through many different countries and ports. The history of cruise ships and the way technology has moved forward is what makes today’s ships so popular as a holiday alternative. 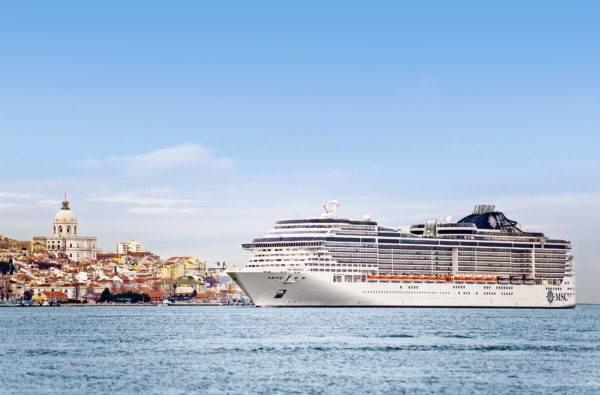 Where did it all start though? People are so used to jumping on a cruise ship and ending up in a location that they don’t even consider the technological advances that have occurred over the years.

Would you believe me if I told you that it started off because of the need to deliver mail?

The birth of leisure cruising started with the Peninsular & Oriental Steam Navigation Company way back in 1822. Three sailors, Captain Richard Bourne, Brodie McGhie and Arthur Anderson started with a steam service between London, Spain and Portugal. This journey is better known as the Iberian Peninsula.

In the year of 1837, they managed to win the first contract to deliver mail. It wasn’t until 1840 that the company started to deliver mail. They began to deliver mail to Alexandria, Egypt, via Gibraltar and Malta. They did such a good job that they were incorporated in the Royal Charter.

Four years later in 1844, the first passenger cruises were introduced. They advertised sea tours to different destinations such as Athens, Malta and Gibraltar, all starting at Southampton. This was the birth of modern day cruises as we know them today.

Later on the company introduced round trips to destinations such as Alexandria and Constantinople.

In the latter half of the 19th century, there was a major expansion in development. Larger, more luxurious ships were built to accommodate the rapidly expanding market.

Some historians speak of a ship, the Francesco I, that flew the flag of the the two Sicilies as the first cruise ship. Built in 1831, it sailed from Naples early June 1833. The ship was boarded by royal princes, authorities and nobles from all over Europe. In just under the space of three months the ship had sailed to Taormina, Catania, Syracuse, Malta, Corfu, Patras, Delphi, Zante, Athens, Smyrna and Constantinople.

Passengers were entertained with guided tours, dancing, card game and parties. This journey was strictly for the aristocracy of Europe. Normal people were not allowed to board the ship. They did this so that they would only get upper class people on these sorts of journeys.

The German ship, Augusta Victoria, cruised the Mediterranean and the near East from 22 January to the 22 March 1891. With 241 passengers, the popularisation of cruises was shown to a wider market. This ship was the first liner that was designed with twin propellor design. This made it one of the fastest ships at that time. One of the passengers, Christian Wilhelm Allers, wrote an illustrated account of this journey.

The Augusta Victoria was one of the first ships that introduced the concept of a “floating hotel”. The interior design was designed like an old fashioned hotel. A reception was surrounded by palm trees, and there was a sleekly designed smoking room designed for passengers.

Up to this point, all the ships that had done cruise style voyages were standard ships that were not exclusively designed for this purpose. They had very basic designs, and entertainment usually considered of a smoking room. Most activities would be done on the deck.

The Prinzessin Victoria Luise was the first to be designed purely for luxury cruising. At the time cruises were targeted towards wealthy travellers. Because of this the ship was designed to look like a private yacht rather than a commercial ship.

Onboard, the ship contained 120 cabins that were all first class. All of the rooms were made to be luxurious. There was also a library, a gymnasium, and a darkroom for the development of film by amateur photographers.

To compete with an ever expanding markets, cruise liners started to incorporate even more luxuries. Fine dining and luxury service are just a few of the ways that companies attempted to convince people to choose their cruise liners.

It wasn’t until later in the 19th century, that Albert Ballin had the idea to send transatlantic ships out to places like the North Atlantic during the winter seasons. Weather conditions would be worse than the normal crossings in summer. Other companies instantly took advantage of this and built their very own specialized ships. They were specifically designed for the easy transformation between summer crossings and winter cruising.

The introduction of large commercial jet aircrafts in the 1960s caused people to switch from ships to planes. This sent the ocean liner business in to a decline.

The ships were not designed well enough for the modern age. High fuel consumption, the inability to dock at shallow docks and windowless cabins with no regard to comfort put passengers off the idea of cruises.

By 1986, ocean liner services aimed at passenger were cancelled, other than the exception of transatlantic crossings operated by the British company Cunard Line. They catered to a niche market of people who appreciated several days at sea.

Cunard has an attempt to shift the focus of passenger travel to cruising with a high entertainment value. They pioneered this by pioneering the luxury cruise line, the Queen Elizabeth 2 ocean liner. International celebrities were hired to provide entertainment acts onboard the ship. The crossing was cleverly advertised as a vacation in itself.

The Queen Elizabeth 2 marketed one class cruising. This meant all passengers had the same quality facilities as each other. The kick started the market as the idea of luxury cruises become a popular idea on both sides of the Atlantic.

The 1970 television show, Love Boat, made the idea that a cruise was a romantic getaway for couples popular. Ships built in the late 1980s and started to break the size record held by other ships. The Sovereigns were the first “mega ships” that were built. They pioneered the idea that cruise ships should be built to include a multi story atrium with glass elevators.

Cabins were made that had the luxury feature of a private balconies instead of oceanview cabins. Other ships started to use similar ideas to convince people to choose their ships.

With veranda suites becoming much more popular with people, the more recent cruise ships have been designed to maximize the amount of rooms with this feature.

1975 – 1980 cruises offered features like deck chairs and games such as shuffleboard as a way to get people interested in sailing. After 1980, even more activities were introduced such as arcades and discos. City sized ships have numerous activities that people can take part in.

Modern cruise ships are organized to be floating hotels by having hospitality staff as well as the addition to the ship’s crew.

In older ships it was traditional that the ships would organise two dining services in a day, one for morning breakfast and the other for evening dinner. People may have been required to dress in formal attire to match the style of food that was being served.

The majority of modern ships allow people to dine whenever they want. Besides numerous restaurants there are often casual buffet style places to eat that are open 24 hours. The food normally varies throughout the day, ranging from breakfast to late night snacks. This can range from delicious sandwiches, to carefully crafted cakes, the list of foods go on and on.

A lot of modern cruise ships have special restaurants that require you to play an extra charge for. These restaurants are often of the highest quality, offering meals that are not available in the standard dining places.

The naming of ships

It isn’t unusual for ships to have activities like bowling alleys, ice skating rinks, rock climbing walls, miniature golf course, arcades, surfing simulators, basketball courts and chain restaurants that are available for use throughout the day.

Most older cruise ships have had more than one owner. It isn’t unusual that some ships will have a new name once they have been purchased by another owner.

Cruise ships have more uses than just being a mode of overseas transport. A shortage of hotel accommodation occurred during the 2004 summer olympics. They ended up mooring a number of cruise ships to provide accommodation for tourists.

A similar case was during September 1, 2005, when hurricane Katrina devastated new orleans. Three cruise line vessels were brought in to house the numerous evacuees.

In 2010, Iceland’s Eyjafjallajokull volcano erupted, shutting down UK airspace. The newly completed cruise liner, Celebrity Eclipse, was used to rescue 2000 British tourists that had been stranded in Spain. They started the journey on April 21 and returned to the English coast on April. The owners did it out of goodwill and did not charge any of the passengers.

The Caribbean cruising industry is one of the largest in the world. Over 45,00 people from the Caribbean are directly employed into the cruise industry. Over $2 billion is made to the Caribbean islands. More than 17,457,600 cruise passengers have visited the islands.

The Caribbean is one of the most popular tours in the world. With numerous islands to visit, foods and sights to see, there isn’t any wonder why these cruises do so well.

The design of cruise ships has changed at a rapid rate throughout the years. One of the major changes has been moving passenger cabins from inside the hull to the main structure. This has allowed more balconies to be added to rooms. It also makes cruise ships top heavy, making them safer to sail on long journeys.

One of the main selling points of cruise ships is to allow the maximum comfort that can be had. Many passenger ships use stabilizers to reduce the rolling you may get in rough weather. This is for the sole purpose of passenger and crew comfort, it does not contribute to the overall stability of the vessel. Ships do have to fulfill stability requirements even without stabilizer fins to legally sail.

Why should you go on a cruise?

The answer is simple. Cruise ships are one of the most adaptable holidays you can have. Over 20,335,00 people go on cruises in a year. With over 60 destinations to choose from the possibilites are endless.

One of the best points of a cruise is having so much to do. There is no way that you could ever be bored. You are in control of what you want to do. With so many activities on a cruise ship, ranging from meals to arcade games, you can be as active as you want to be. Prefer to relax? The majority of liners have many sun beds you lie back in and soak in the rays. Some activities are aimed at younger children. Child entertainers, discos and water slides all provide hours of entertainment to keep a little one occupied. Waking up in a different country, laughing at the various comedians that appear at the theatres, trying your hand at a climbing wall or just having a dip in the pool. Going on captains diners while everyone dresses up, discos and champagne evenings. If these activities don’t make you want to go on a cruise then nothing will.