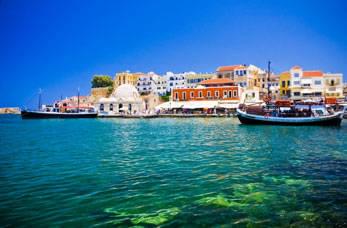 Why Hollywood’s latest film will make you see Greece in a whole new light.

When a great film comes out that is set in a beautiful part of the world, the likelihood of people visiting that place increases greatly. Perhaps one of the finest examples from fairly recently is Martin McDonagh’s black comedy crime drama In Bruges, which came out in 2008 and prompted a huge boost in tourism to the northwestern Belgian city (if you can get your head around the concept of a black comedy crime drama). Bruges was, of course, a well-known and well-visited place before 2008 – dubbed ‘the Venice of the North’ due to the prominence of canals within the city – but due to the significant success the film experienced all over the world, much more subsequent tourism was secured.

This happens all over the world, of course – not just in quaint and fairytale-esque European destinations. Just think about what cinema has done for, say, New York’s tourism. This doesn’t just go as far back as the 1970s, when iconic Big Apple flicks such as Woody Allen’s Annie Hall and Manhattan were released in ’77 and ’79 respectively. It goes even further back than the 1950s, when On the Waterfront, Rear Window (both 1954) and 12 Angry Men (1957) were released and went down as instant classics. Before then, Citizen Kane (1941) and King Kong (1933) were also synonymous with New York. However, most significantly, the first film which ever featured synchronised dialogue (i.e. the first film to incorporate sound), The Jazz Singer (1927), also chose the Big Apple for its centrepiece.

Last year, New York drew in a reported 54 million tourists – the highest ever figure. Of course, cinema doesn’t account entirely for the city’s immense global popularity, but it has played a massive part (about the size of King Kong himself, arguably).

Moving away from New York and back to Europe again, this spring saw a cinematic release which may just spark a great spike in visits to Greece and Turkey. The Two Faces of January is an arthouse film set in those two countries, and is so beautifully shot that it makes us want to stuff our suitcases full of clothes immediately, before frantically searching for our passports. Though it would probably be classed as an arthouse film, that’s not to say it’s inaccessible to mainstream audiences. It’s adapted from a novel written by Patricia Highsmith, who also wrote The Talented Mr. Ripley – which was adapted into a highly successful film in 1999, starred Matt Damon, Jude Law and Gwyneth Paltrow, and was set in Italy.

In regards to boosting tourism in the place(s) it’s set, The Two Faces of January may just have the same effect The Talented Mr. Ripley did 15 years ago. Of course, Greece already attracts a great deal of visitors every year – and not just booze-thirsty young people on 18-30s holidays. It’s a place which caters for the vast majority of holidaymakers. If you’re looking for a wild time, you’ll find it in Greece or one one of its islands, and if you’re looking for a bit of tranquility, the same applies again.

The Two Faces of January stars Viggo Mortensen, Kirsten Dunst and Oscar Isaac in the three central roles, and is set in the early 1960s – which is about half a decade or so later than The Talented Mr. Ripley is set. One of the things which worked massively in Ripley’s favour was the fact that it was set in a retrospective period – filmgoers are renowned suckers for nostalgia and times gone by (even if they weren’t around to experience them in the first place). The Two Faces of January is set at a time when wearing a suit for absolutely no reason was the done thing, and mobile phones didn’t exist. 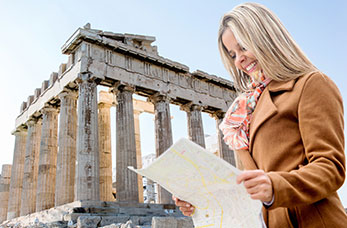 The film opens on the Acropolis of Athens, which is a highly famous ancient citadel which lies on the rocks above the city itself. Straight away we’re bombarded with eye-popping cinematography that awakes the travel bug inside us. As the plot unfurls and the tension builds, we’re continuously spoiled by yet more Greek scenery, which is so stunning that it could quite easily serve as a partial distraction from the story. Some male viewers may even start to wonder whether they’ve been doing the Mediterranean holiday wardrobe totally wrong all these years with caps, shorts and T-shirts, and begin to seriously consider cream-coloured linen suits and Panama hats as realistic alternatives.

Later on in the film we also get to see the enchanting harbour town of Chania in Crete, which lies on the island’s north coast, and the gripping climax takes place in Istanbul. The location shooting of this film is one of its biggest strengths, as is the attention to detail in everything else – from costume to music.

What to do in Athens

Visiting the ruins would perhaps be an obvious suggestion, but to go to Athens and not see the ruins would be a big mistake indeed – it’d be rather like going to Rome and skipping the Colosseum.

Whether or not you’re specifically interested in Greek mythology, you’ll find Athens’ rich history and contemporary culture utterly fascinating and may find yourself ‘catching flies’ as you wander around the ruins and take in the landscapes from the vantage points they offer.

What to do in Chania 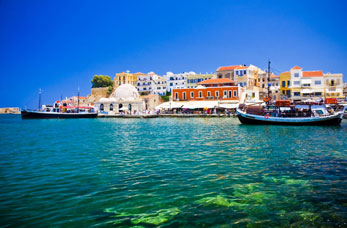 Fans of more modern history will enjoy a visit to Chania, as it was invaded and subsequently occupied by German forces during the Second World War. 1941’s Battle of Crete saw the British forces heavily bombard the Germans.

After the war there was heavy redevelopment in an effort to erase the scarring left by the war, and in the 1970s Chania became very popular amongst tourists both foreign and domestic.

Though Chania has an area which very much represents the modern European city, there is also a traditional ‘old town’ area, both of which are great places to visit.

Here at Cruise Nation, we take an active interest into all types of tourism and the factors which affect them. We think that Greece and Istanbul are fantastic places to visit at any time of year, and we can provide you with cruises which go to both places. We suspect that once you’ve seen the film, you’ll be seriously considering booking yourself a place on one.