Cruises to the South Pacific

Imagine, you’re simply cruising on the Pacific Ocean, when out of nowhere some of the most beautiful islands you’ve ever seen start to appear on the horizon of the crystal clear waters. Don’t be fooled by their nickname, “desert islands”, as these islands are full of incredibly exotic wildlife and plants. That’s without even mentioning the tropical fish that live and swim in the surrounding waters, which are all teeming with beautiful, colourful life.

The South Pacific was originally a place that people used as a stop over destination, but they’re now beginning to realise that this beautiful region of the word has many wonderful locations that are all more than suitable for a full length holiday itself. With destinations such as Fiji, French Polynesia and the Cook Islands, there’s truly something for everyone.

South Pacific, where does it cover? 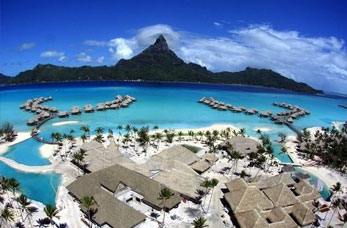 If you were to look at the South Pacific on a map, even if you’re an experienced map reader it can be a tough part of the world to decipher. The numerous islands and oceans cover such a huge expanse and even though they look similar, the landscapes and cultures you find changes dramatically from place to place.

You’ll find that islands in the South Pacific are both geographically and culturally divided by two main sub regions:

Because of the way colonial history turned out, these archipelagos have become a spiderweb of French and English speaking islands, with Easter Island for example, having a lot of Spanish speakers.

The locations to visit 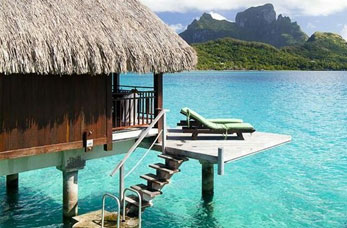 When you think of Tahiti, the first thing that comes to mind for many is beautiful blue lagoons, magnificent coral reefs and some of the most pristine beaches you’ll find in the world. Ever since its initial discovery in 1767, people from all corners of the world have visited Tahiti to enjoy this paradise.

For a lot of cruise companies, it’s simply a stop off destination along the way to more remote places, such as Bora Bora or Huahine. As Tahiti is the most populated location in the French Polynesia, there’s plenty to discover when your cruise drops anchor.

You can completely immerse yourself in Polynesian culture as it unfolds in front of you. The city is vibrant and busy, but in contrast, you can head to a natural beach and enjoy the fresh atmosphere, taking in the ocean as it laps up against the coastline.You won’t even need any tourist information to fully immerse yourself in this amazing location.

If you enjoy snorkelling, then Tahti is the place for you. It’s just so easy to get up close and personal with nature, having marine encounters with turtles and black tipped reef sharks, all swimming by in some of the clearest water you could ever find.

If there was ever a place that looks like it should be on a postcard, Fiji is that place! It’s warm all year round, and it’s rare that the island suffers from any extreme weather. The warm season lasts from November to April, and the cooler season is from May to October. To give you an idea of how warm it is, the average temperature in the cool season is 22oC!

There’s very little chance of you feeling out place in Fiji, everytime you walk through a door you’ll be greeted by genuine people and real smiles. People that have been to Fiji talk about the warm welcomes they received as they travelled from island to island.

People that love delving into the history books will be immersed in that of Fiji’s. The Sri Siva Subramania Temple is one of the examples which shows off why the people of Fiji are so vibrant. It’s one of the largest Hindu temples that you can find in the southern hemisphere, and it’s definitely one of the most colourful.

Of course, one of the main reasons that people come to this part of the world is to experience both the diving and snorkelling. One of the great things about Fiji is just how colourful the fish and the rest of the exotice marine life is. It’s just like looking at a rainbow! People are attracted to these waters due to the fact it compares to world famous diving spots, such as the Red Sea and the Great Barrier Reef.

You’ll struggle to find a place in the world that has so many snorkelling destinations, all only a stones throw from the shore. It isn’t unusual to hear a group of divers that have just come across a group of bull and hammerhead sharks. And even if you prefer something more peaceful and idyllic, it’s possible to swim along with gentle giant manta rays. 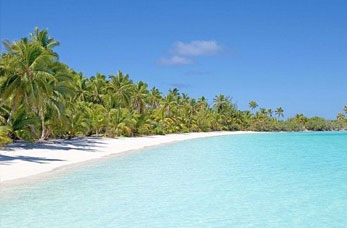 Another popular island in the South Pacific is Rarotonga, with it being the not only the most populated, but it is also the central hub for the nation. Even though it’s a commercial hub you’d be surprised at just how small it is. As a matter of fact it’s only 32 kilometres in diameter, so it feels more like a resort rather than an island.

One of the must see places on Rarotonga is the Punanga Nui Cultural Market that is situated in the bustling heart of the island. It’s open every day other than Sunday. On Saturday mornings it’s a hub of activity with a number of farmers and fishermen travelling to sell their fresh produce.

It isn’t just a market. You’ll find a number of local bands performing traditional music for everybody to enjoy. The atmosphere makes you feel like you’re at a carnival rather than a market, and most people feel compelled to go for a dance, with locals and tourists alike joining in!

If you’re a lover of beach life then you’ll feel right at home at Rarotonga. This island has perfect beaches and still lagoons, both perfect for a gentle swim. Divers and people that enjoy snorkeling can discover gigantic turtles, vibrant fish and unique coral formations. In some points the water is only chest high, and it’s so amazingly clear you can check out how long your toe nails are! 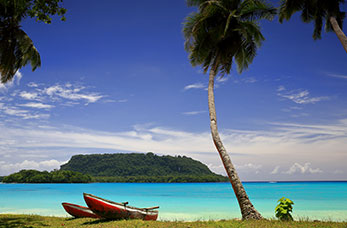 If you want to appreciate the natural beauty that the South Pacific has on offer, then Vanuatu is an ideal location. There’s beautiful beaches to lounge around on, hidden swimming spots and even an active volcano if you want to take in something a little more extreme.

A great time to visit is in September when the Fest Napuan is going on. It’s the largest annual music event on the island, and it lasts for a week with music acts from all over the world performing. Even though it’s only on for five nights, over 40,000 people visit on a yearly basis.

Some people want something a bit more adventurous, which is why they go to visit Mount Yasur. It’s an opportunity to see how powerful mother nature is, and Mount Yasur is known as the world’s most accessible volcano. Mount Yasur is popular as it erupts regularly, and lucky visitors can take in the light show it creates during the night.

For people that enjoy extreme diving, the SS President Coolidge is a famous spot that is not to be missed. You’re able to explore the wreckage of a World War 2 ship that had sunk after hitting a mine way back in 1942. You can still find find guns, keeps, cannons, paintings and other artifacts that are fully intact inside the ship.

Perhaps one of the more bizarre, yet regular occurrences you can find at Vanuatu island diving. It’s a serious tradition, still enjoyed by many local tribes. This ritual is actually what inspired Kiwi AJ Hackett to invent bungee jumping! Local boys and men, including some children as young as seven, jump from a manmade tower that is between 20 to 30 metres high, with the only thing attached to them being a vine.

The tower takes around five weeks to build, and they only use natrual materials that they can gather from forests. These vines are selected carefully, as if they aren’t, it could result in death. A vine that’s too long can mean a driver hits the ground too hard, a small vine can mean a diver hits the tower. It’s part of a tradition to do with how many yams they’ll harvest, with the higher they jump, the better the harvest will be.

Another reason it’s used is to signify boys turning into men. Normally a boys mother stands near the tower with an item that’s a favorite of their child. Once he jumps the item is discarded, signifying the transformation into a man. It’s definitely something that everyone who visits the island should experience.

The South Pacific, a place of adventure

No matter what you’re looking for in a holiday, whether it be lounging around on a beach or diving in interesting and idyllic location, the South Pacific has it all. It’s amazing that a place that is so friendly and relaxing has such a diverse history, a lot of which is still preserved to this day.

With the temperature always being warm, and there being only ten times when there’s significant rain fall each year, you’ll be sure to leave with a tan and a true feel good spirit. Going by cruise ship means you can enjoy all the amazing things the South Pacific has on offer, all from the comfort of a luxurious ship.

Did you like this blog? Do you think you’ll be visiting the South Pacific? Join the conversation on Twitter: @Cruisenation.