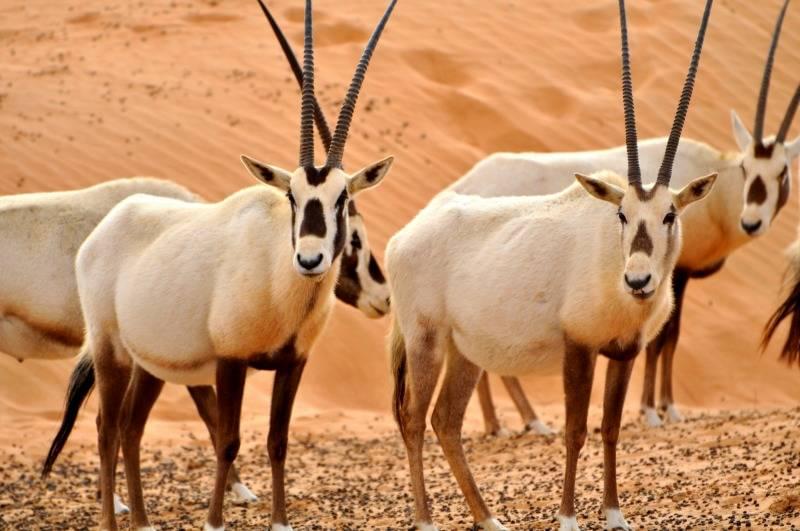 Whether you’ve always wanted to see a Fairy Penguin or spot the snow-coloured animals of the Arctic, here’s our top choice of cruise ports for wildlife enthusiasts…

When we travel, we all seek different experiences. For some it’s blissful relaxation, for others it might be soaking up different cultures and histories, whilst for many  it’s the chance to spot wildlife which you would never even come close to in your everyday life. From the littlest things such as brightly coloured bugs to the giant mammals of the oceans, it’s getting a glimpse of nature that becomes our most memorable holiday moments. So for those of you who want to discover the wild side of cruising, here are 10 cruise ports which are highly regarded for their links to nature and wildlife spotting opportunities.

The Galapagos Islands are the most famous and desirable destination for wildlife enthusiasts. Thanks to the studies of Charles Darwin, the Galapagos islands have become known for their vast number of endemic species, which contributed to his theory of evolution and natural selection. Located in the eastern Pacific Ocean, there are 18 main islands which make up the archipelago and dotted across the islands are several notable species including the marine iguana, Galapagos tortoise, blue-footed booby, the flightless cormorant and of course – Darwin’s finches.  Only a small selection of cruise lines are permitted to sail to the Galapagos, Celebrity Cruises being one of them. The 100-guest Celebrity Xpedition is one of the smallest ships in the Celebrity fleet (they’ve recently acquired a 48-passenger ship and a 16-guest catamaran also permitted for landing in the Galapagos) and it’s designed for the perfect balance for exploration and luxury comforts. One of the highlights of the Xpedition is the Discovery Lounge where guests onboard can attend insightful talks and seminars led daily on the variety of wildlife, flora and fauna found on and around the islands. It’s worth noting that the 70,000 square km of ocean surrounding the islands have been declared a marine reserve, coming second in size to only the Great Barrier Reef in Australia.

Just the name itself evokes a kind of excitement, and for those of you who haven’t yet heard of Christmas island, then you’re about to be amazed! Located just a few miles from the equator, Christmas Island is one of 33 low-lying coral islands in the Republic of Kirabati. It’s perhaps most known for it’s annual crab migration where swarms of red crabs around 116mm across, emerge from their shady hiding spots to head to the sea to reproduce. Altogether, Christmas Island is home to 14 different species of crab including the gigantic coconut grab which appears somewhat alien in appearance. Despite being known for the crab migration, Christmas Islands is also home to an abundance of birds, one particular species to look out for is the Christmas Island Warbler which can only be found here.  P&0 cruise line is one of the few permitted to stop at Christmas Islands, keep a look out for sailings in October/November when the migration begins.

Located off the shore of Abu Dhabi, Sir Bani Yas Island is one of the most intriguing wildlife destinations for it’s conservation and sustainable tourism efforts. At one time, the island was Arabia’s largest wildlife reserve, set up by Sheikh Zayed Bin Sultan Al Nahyan in 1977.  The reserve spans over 87 square-km and is home to tens of thousands of free-roaming animals including Arabian oryx, cheetahs, hyenas, giraffes and gazelle. Sir Bani Yas Island has won several sustainable tourism awards and is known for its investment in preserving the ecology of the destination. There’s a variety of ways to explore the island including horseriding, kayaking, land sailing and snorkelling and scuba diving.  MSC cruise line offer cruises to Sir Bani Yas Island, they will first begin calling here during the winter 2016/2017 season.

Located in southern Australia, Kangaroo Island is Australia’s third largest island, although it has a population of less than 5,000 people. Of course the most famous residents of the islands are the Kangaroos which roam the island freely. But that’s not all you can find here; there’s also sea lions which bask in the sunshine on the beach, an endemic emu and also colonies of Little Penguins also known as Fairy Penguins, which are the smallest species of penguin. In total Kangaroo Island has 24 protected areas, 19 National and Conservation Parks and 5 Wilderness Protection areas. Two of the National Parks include Admirals Arch and Flinders chase, both of which showcase the amazing effects the elements have had on the land here. As well as being known for its wildlife and incredible views, Kangaroo Island is also something of a foodie destination with much of the produce being cultivated on the island by locals. You’ll find artisan products such as a rare variety of honey, freshly caught King George Whiting and also an incredible choice of wines. If you’re interested in visiting the island, take a look at our deals for P&O cruise line.

Vava’u is a group of around 61 tropical islands which are part of the islands of Tonga. The natural beauty of the islands is astounding and you’ll find deserted beaches, coral gardens and crystal clear lagoons. Whilst the natural beauty of this destination is reason enough alone to visit, the reason why we think wildlife enthusiasts will love it is because of the humpback whales which arrive here from June to November.  The whales come to breed and care for their newborn calves in warm waters off the islands. Vava’u is one of the few places in the world where you can swim with these gentle giants, offering one of the most unique and unforgettable experiences in the world. As well as offering the chance to see humpback whales up close, Vava’u also has an incredible choice of dive sites including Swallows Rock which features a large coral rock which looks like a giant elephant and also a rock which sounds like a bell when struck, if you’re not a fan of sea snakes however, you may want to stay in the boat! P&O offer cruises stop in Vava’u, you can see our latest deals for the cruise line here.

Just looking at the town of Nanortalik will make any wildlife enthusiasts imagination run wild.  Located in southern Greenland, Nanortalik might be quite difficult to get to but the friendly hospitality (and the views!) make it well worth the journey. The imposing mountains that surround the houses and buildings just hint at what wildlife might be hidden beyond. Although its name means ‘place of polar bears’ your chances of spotting one here are actually not that high. In the past they’ve been known to float in on giant ice sheets, but instead you’re more likely to see various species of seals including ringed, hooded and harp seals. Other marine mammals to make an appearance here are orcas and humpback whales. If you’re interested in a polar cruise, visiting destinations like Nanortalik, take a look at our polar region cruises which feature deals from Fred Olsen and Holland America who both call here.

If you don’t feel like going far to spot some wildlife, you can find some of the best right here in Britain. There’s no place in the British Isles quite like the Orkney Islands with its blend of coastal, marsh and moorland habitats. Bird life thrives around the islands and one of the most joyous moments of a cruise here is spotting a puffin for the first time; their clown-like appearance really does put a smile on your face. Sea birds are one of the biggest draws in the Orkney Islands for wildlife enthusiasts as 21 different species live here and across the islands there are an astounding 13 different RSPB reserves. If you’re really lucky, you may also be lucky enough to spot whales, porpoises, seals and dolphins around the isles too. Fred Olsen cruises make regular stops in the Orkney Islands, you can check our deals for the cruise line here.

Philip Island is a playground for a diverse range of wildlife. Located in the Pacific ocean of the southeast coast of Melbourne, the island is named after the first Govenor of New South Wales, Arthur Philip. The island is a great destination for families hoping to spot some wildlife as in addition to the species which live here a variety of wholesome activities are on offer including idyllic bicycle rides and visiting Churchill Islands Heritage Farm or Warrook Farm which is over 100 years old and still in working practice today – you can even have a go at some of the farming activities yourself. Philip Island’s most famous attraction is most likely the colony of Fairy Penguins which live here. What’s now become known as the ‘Penguin Parade’ is a delightful chance to spot the colony every sunset as they return from the ocean to their cosy burrows to sleep for the night. Philip Island is also home to several fantastic conservation centres including the Koala Conservation Centre where visitors can stroll through eucalyptus woodlands and spot koalas in their natural habitat, and also the Moonlit Sanctuary which is home to several different species of endangered Australian mammals as well as kangaroos, dingos, reptiles and birds too. If you’re interested in a cruise here, take a look at Princess cruise line who are one of the few cruise lines who stop at Philip Island.

Cape Town is a fascinating city with much to be discovered. The history, culture and natural beauty of the area are definitely something which any cruise guest will want to explore. If however, you can bear to tear yourself away from the city, we suggest taking the one hour drive to Fairy Glen. Fairy Glen is a private game reserve which offers the best chance for spotting Africa’s ‘Big Five’ nearest to Cape Town; African elephant, African lion, Cape Buffalo, African leopard and the black or white rhinoceros.  In addition to the famous five, there are also wildebeest, giraffe, oryx, lynx, elandand the endangered bontebok. Thrill-seeking wildlife enthusiasts may also want to experience cage diving with sharks, as these trips are regularly run out of Cape Town, and there’s nothing quite like seeing a powerful and silent great white shark just inches away from you! For cruises to Cape Town, take a look at our Africa cruise deals.

Situated in Maine, Bar Harbour is a charming and picturesque coastal town… and it’s only four minutes away from Acadia National Park! The park covers much of Mount Desert Island and also the smaller islands off the mainland. Acadia is home to an abundance of fascinating mammals including moose, beaver, Mearns flying squirrel, the star-nosed mole and the porcupine. There couldn’t be a more picturesque location for spotting these animals either as Acadia offers panoramic beauty; thick forests, shimmering lakes and the incredible sea views make the park a perfect setting for discovering the wildlife here. For cruises featuring Bar Harbour on the itinerary, take a look at our Canada and New England cruise deals.

So, which of these cruise ports would you most like to visit for the wildlife spotting opportunities? Let us know in the comments below!