The world of cruising is abuzz with news of Royal Caribbean’s Miami cruise port!

Earlier this week Royal Caribbean Cruises announced an agreement with Miami-Dade County to construct and operate a dramatic new cruise terminal at PortMiami, on land leased from the County. The new terminal will be a striking addition to PortMiami and will serve as homeport to Royal Caribbean International ships, including a 5,400-passenger Oasis-class ship, the world’s largest and most innovative cruise ships. The agreement will come before the Miami-Dade County Board of County Commissioners on July 6, 2016.

“We are truly excited to be working with Miami-Dade County and PortMiami to create not just another cruise terminal, but a truly iconic building,” said Richard D. Fain, chairman and CEO for Royal Caribbean Cruises Ltd. “This new terminal is a symbol of our commitment to Miami, the city where our company first started almost 50 years ago. We can’t wait to bring an Oasis-class ship to PortMiami.” 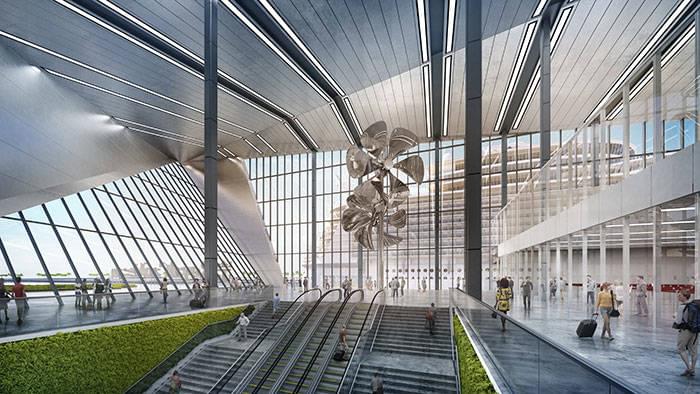 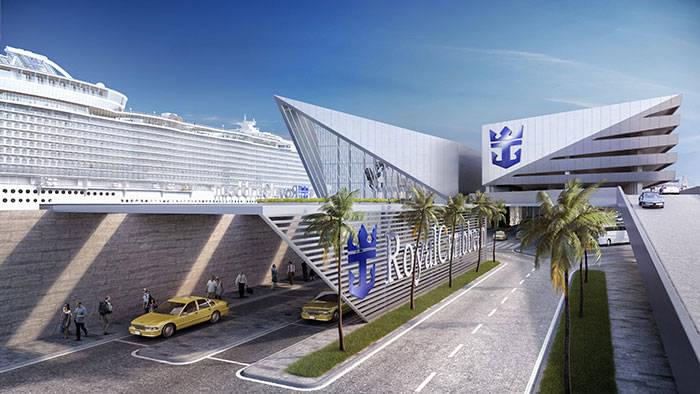 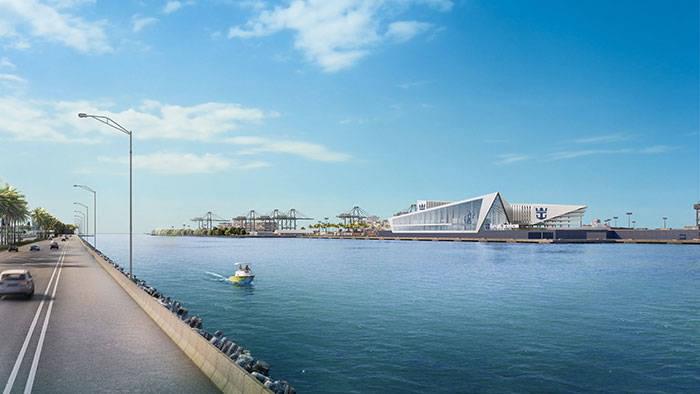 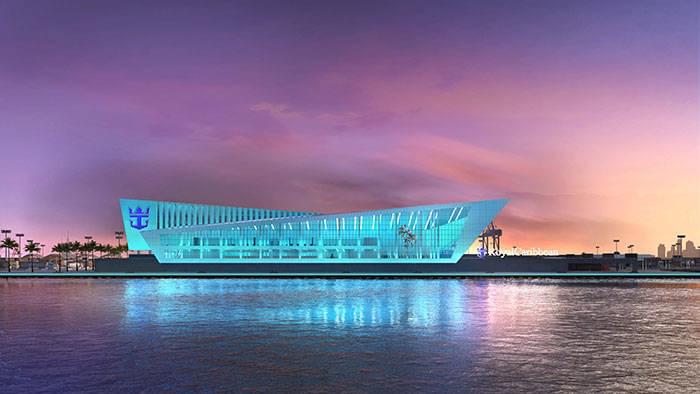 “Miami-Dade County is happy to welcome Royal Caribbean’s expansion at PortMiami, and all the economic benefits that come along with it,” said Carlos Gimenez, Miami-Dade County Mayor. “This public-private partnership will have an estimated economic impact of $500 million and generate approximately 4,000 jobs. Royal Caribbean has been an important part of our world-class community for almost 50 years, and this expansion will once again make PortMiami Royal Caribbean’s largest cruise port in the world. I thank them for their continued investment in and commitment to Miami-Dade.”

Broadway Malyan has been selected as the firm to design the new terminal, after a global competition was held between five of the world’s leading architectural firms. The firm was selected because of their creative thinking and cutting-edge design.

The new terminal will not be the only addition for Royal Caribbean in the coming year. The company has committed to add a 20,000-square-foot Innovation Lab to its corporate headquarters located at PortMiami. The Innovation Lab will continue to generate Royal Caribbean’s industry-leading, innovative vessels. The company is invested to spend about $20 million for design, construction, equipment, labour and other related expenses for the two-story building.

What do you think about the design of the new cruise port? Let us know in the comments below!