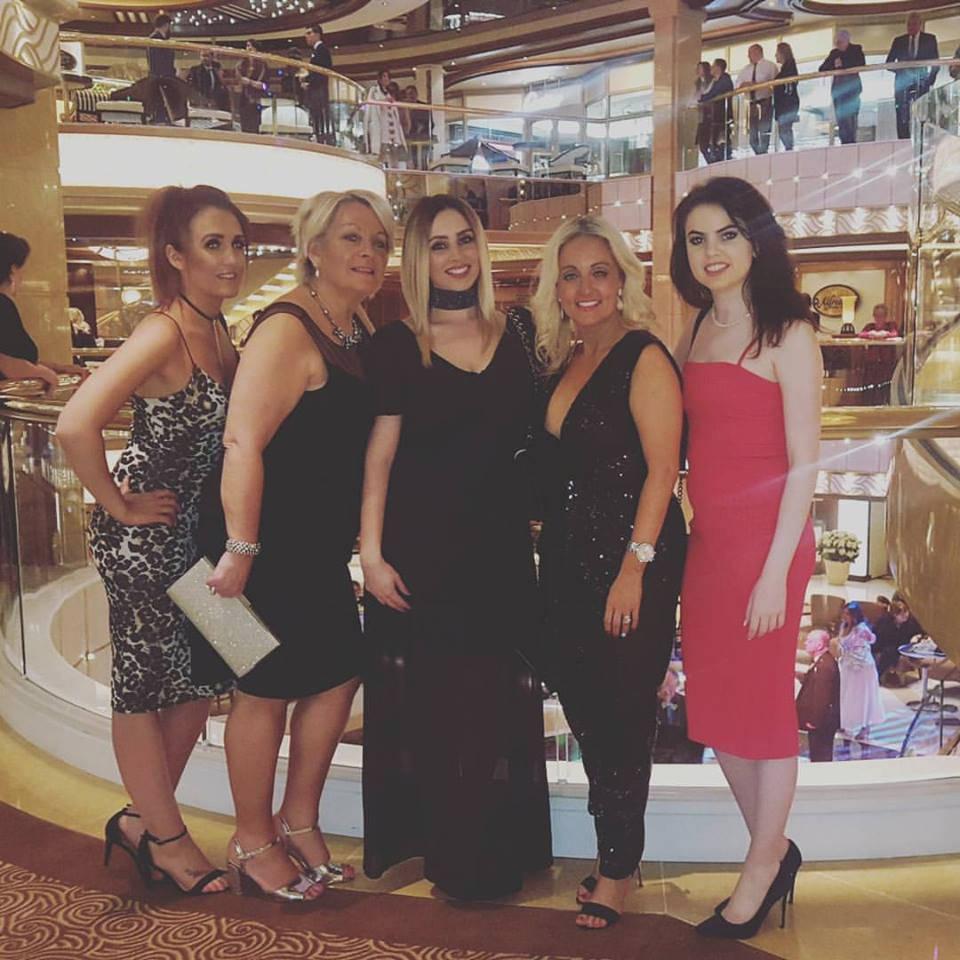 First Look on the Majestic Princess

Can you describe the look and the style of the Majestic Princess?

Shirley: The ship has been built for the Chinese market. It felt very elegant and certainly was beautiful. There were lots of subtle touches to the décor. The lounges were stunning and there were lots of bars even a Chinese Tea Bar! The pool areas were lovely and all in all it was an amazing ship!

Sophie: The ship was really nice with lots of nice finishes and touches. The buffet area was beautiful as was the atrium which had blue Murano glass! The fixtures and fittings felt very luxurious and all the interior colours were very calming.

How was the food?

Sophie: The food was delicious! In one of the speciality dining restaurants we had creamed spinach and it was divine! In the main dining room they had a section on the menu for ‘Princess favourites’ which featured the most popular dishes across the fleet. The main section of the menu then featured meals that changed each day. We had different themes to the menu including Italian and Mediterranean.

How was the Entertainment?

Shirley: We did a show every night! We saw the Legends of Rock who have previously been on Royal Caribbean. They were fantastic! We also saw a circus act and a magic act, both of which were of a very high standard and lasted around an hour. There was also an orchestra in the atrium pretty much every time I walked through – either a band or a piano player – it made for a lovely atmosphere.

Sophie: I absolutely loved the entertainment! We saw acrobats with performers inside these massive rings whizzing around the stage! It was amazing but looked so dangerous! We also saw a rock show which featured some of my favourite songs (some of the other girls even got a little emotional…) We were all up dancing and clapping absolutely loving it!

How was your accommodation?

Shirley: We had a standard balcony stateroom which was really nice. They have a brand new bed concept where they have designed their beds in conjunction with Dr. Breus who is apparently an official sleep expert! The mattresses were so comfortable!

Sophie: I stayed in a balcony stateroom which had a section which was kind of like a walk-in wardrobe – great to store all the clothes I took! The beds were the special Princess beds by Dr. Breus. You could get the beds changed depending on how firm you like your bed to be, and also two different types of pillows depending on if you sleep on your back or your side!

What was the highlight of the ship for you?

Shirley: The sail away party from Trieste was an experience I will never forget – so many people came out to watch us leave. I had goose bumps! The outdoor areas in particular were wonderful. There were plenty of staff on board who were extremely attentive and the service in general was fantastic. We also enjoyed using the Princess Cruises smartphone app which worked really well – we were even ordering our room service on it!

Sophie: Pretty much everything, I was so impressed! It looked absolutely stunning and I must admit I love the Skywalk, especially on a sea day when it feels like you’re walking on water. The service was also exceptional and they were incredibly accommodating tin the restaurant – no matter what we asked for they were more than happy to fetch it for us.

I don’t want to go on any other holiday apart from a Princess cruise!