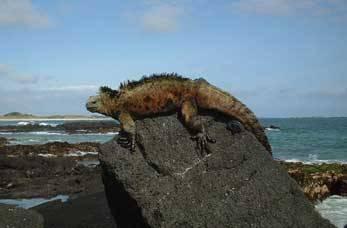 From the Amazon rainforest to the icecaps of Antarctica, here’s 6 cruise destinations you might not have thought of…

When people think of cruise ships they usually think of gigantic floating hotels that people go to leisurely sunbathe on. Not many people consider going on a unconventional cruise, or think outside the box when planning their trip. Some people prefer to go on a trip that offers a sense of adventure, all the while still offering the luxuries you would find on a standard cruise ship. A lot of these unconventional cruises focus on the beauty that nature has to offer. Natural shores in locations such as Alaska, Antarctica and Scandinavia offer some of the most beautiful and stunning scenery to be found in the world. Other cruise liners take passengers to traditional warm weather countries, but stop at off at popular cities and towns, rather than shopping locations and beaches. Here are some of the best destinations which are way off the beaten path, truly offering you an adventure of a lifetime. 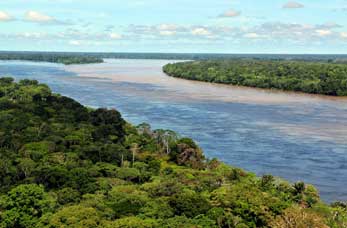 The Amazon is one of the most fascinating places the visit in the world. Rainforests only cover around 6% of the Earth’s surface, but they house over half the world’s plants and animals. Follow the footsteps of the famous explorer Francisco de Orellana as you discover what the Amazon has on offer, all while having the creature comforts of a modern day cruise liner

When you sail along the iconic Amazon River you won’t be able to stop yourself from being impressed. The unchallenged variety of flora and exotic wildlife will do plenty to excite all of your senses. Animals can range from monkeys, panthers, birds, crocodiles, frogs and piranhas, all whilst being the safety of your cruise ship.

The Amazon River is one of the most exotic places which people attracted to visit. It’s often spoken about on the TV, making it a specially interesting place to go. On a yearly basis, the Amazon River mesmerises thousands of tourists. By going on a cruise to this location you have the opportunity to experience some of the planet’s most natural wonders, whilst staying in the most unparalleled of luxuries. Nothing can beat the experience of enjoying lunch, washed down with adventurous cocktail, all while marvelling at the mighty Amazon River and its expansive forest lined banks.

It isn’t all about just sailing on the river at all. Manaus is the economical capital of the Amazon. They have amazing tourist attractions, such as The National Park of Jau, Praia da Lua beach, Paricatuba waterfall and Rio Negro Palace, and that’s just naming a few. There will always be something to keep you occupied. 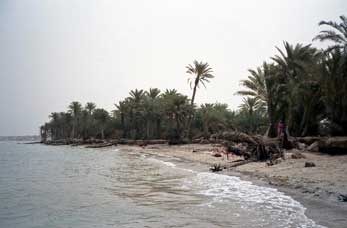 The Red Sea and West Africa

When people go on a cruise for the first time, they normally go to the Mediterranean. People don’t realise that there is a wealth of adventure to be had if you go beyond the Mediterranean. The majority of cruises that go by the Red Sea let you see some of the most famous sites that Egypt has to offer. There is the opportunity to see the world famous pyramids, as well as the sphinx.

The Red Sea is the habitat of over 1000 invertebrate species, and 200 softs and hard corals. There are also 300 types of shark, so the Red Sea is a great place to look out for these dangerous animals.

One of the major tourist attractions of the Red Sea is its high salt levels. The high salt levels make it incredibly easy to simply float along without much effort needed. It is an experience that explorers will always suggest to do if you are visiting this part of the world.

Check out this video of the Red Seas floating capabilities in action.

Cruises that go beyond the Mediterranean often go to West Africa. You can leave the hassle of long drives on African land by going on a West African cruise. You will be introduced to exotice birdlife, aweinspring views and compelling cultural traditions that you see nowhere else on earth. This undiscovered coast awaits exploration.

You’ll get the chance to explore the beginning of voodoo, spot rare birds, sample the continent’s award winning wines and learn about the history this location has on offer. This is definitely the place to visit if you want to be absorbed into the culture of a brand new location. 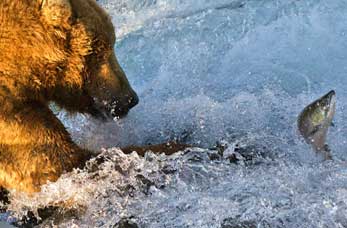 There is always something going on in this place. The Iditarod’s Last Great Race on Earth is famous all around the world as one of the most exciting and prestigous dog sleding races. Kodiak may be one of the more secluded parts of Alaska, but it certainly attracts people from all over to celebrate the annual Crab Festival. It includes a country fair main event, with carnival rides, foods and game booths and various scheduled set over the space of three days.

A lot of people believe that Alaska is a barren wasteland, but that isn’t strictly true. Each port of call is as inviting and mesmerising as the last. You’ll be offered experiences like nothing you’ve ever seen at home. Even though there is a lot of natural beauty to see, there is still big towns that offer food, fashion, historic sites, all while offering a sense of adventure.

Aniakchak National preserve is one of the most interesting national parks Alaska has on offer. You can only reach the centre part of this Aniakchak National Monument by charter flight. Aniakchak has an active volcano that has erupted at least 40 times in the past 10,000 years. The Aniakchak River offers a challenging rafting trip that caters for anyone that is experienced and brave enough. 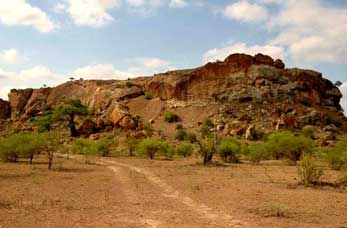 Cruising to Africa has quickly become an increasingly popular way to travel there, all while enjoying the comfort that cruise liners have on offer. You will get to enjoy sunset cruises under the African night sky. There will even be unforgettable closeups with the African wildlife during daytime safari adventures. The majority of cruise liners offer itineraries that designed to show off the traditional cultures of the natural world.

The Chobe National park is one of the best wildlife safari destinations in the whole of Africa. The Chobe River attracts a wide variety of animals that want to quench their thirst. The floodplains of the Chobe make it a perfect breeding for the variety of different birds in this area. It isn’t strange to find large herds of buffalo and elephants hanging about at any given time. The Chobe National park is also home to some of the rarest species in the world, such as the Puku.

Cape Town is southern Africa’s most visited city. It has a natural beauty and is situated on the Atlantic ocean. The most striking place to visit is Table Mountain. It is often shrouded in cloud, and allows visitors to to go for hikes or forest walks. You’re time in Cape Town is best spent outside. There are numerous picnic and sunbathing areas where you can spend time lazing. The forest are vast and beautiful, giving you a place to not only walk, but to relax in serene peace. 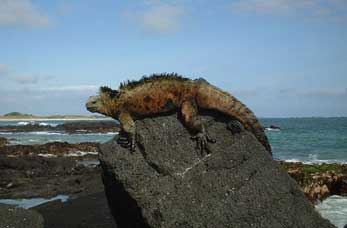 The Galapagos Islands are some of the most unspoilt and beautiful lands that can be found on earth. They are an exotic haven for all different kinds of fauna, as well as the islands wildlife. If you go on a cruise to the Galapagos Islands, you will be one the luckiest holidaymakers in the world!

When you go on a Galapagos cruise you will come face to face with some of the rarest animals that can be found anywhere in the world. There are 1,900 species that cannot be found elsewhere on the planet. Some of these unique creatures are the Galapagos tortoise, iguana and sea turtles. It doesn’t matter if you’re relaxing on your cruise ship, or exploring this beautiful environment, a Galapagos cruise will be one of the most memorable experiences you will ever have.

Galapagos islands are known for the famous naturalist, Charles Darwin’s who wrote the Origin of the Species and brought forward the theory of evolution. Because of this you can be sure that cruise liners will offer regular lectures and information sessions provided by onboard naturalists. The star of any expedition in this area is the unique wildlife that attracts so many nature lovers and biologists. Onshore you can find penguins, sea birds, seals, iguanas and giant turtles, just to name a few.

There are four different ports in tthe Galapagos Islands. Bartolome, Cerro Brujo, Daphne and Puerto Ayora, they all offer different experiences. There are volcanic landscapes to view, schools of fish to admire and snorkelling adventures to go on. 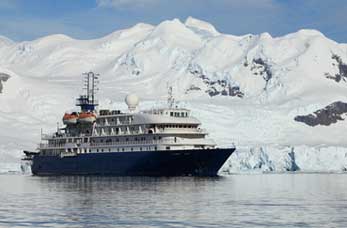 Antarctica isn’t usually what people think of when they plan to go on a cruise. But it can be an experience like no other. Expedition cruises allow you to discover a frozen wilderness of pristine white snow as far as the eye can see. Natural ice sculptures look like carefully planned pieces of art. This is a place like nowhere else on earth, with unique nature and wildlife that thrives, despite the harsh climate.

During a cruise in the Antarctic, you will observe seals sunbathing on slow moving ice floes, even staying perfectly at ease despite the company of visitors. You’ll hear the cries of penguins that have got together in their thousands. One of the most remarkable sights in Antarctic is seeing a whale break through the surface of the frigid waters. These incredible animal encounters are opportunities that cannot be found anywhere else on the world.

Deception Island has an active volcano comprised of monochrome black ash, making it one of the most popular landings in the whole of Antarctica. On the shore is an abandoned British Antarctic Survey base, and it also has crumbling boiler from a norwegian whaling operation. It is one of the many great hiking spots you can find in Antarctica, and if you go to one of the higher peaks you can sometimes spot a pod of humpback whales in the sea below.

Port Lockroy is a British station on Wienke Island. It was secretly established by Winston Churchill during World War Two. The rustic building now looks like a time capsule, perfectly preserving treasures from the 1960’s, there are even original tins of food in the kitchen. There is a small team stationed there during each summer to monitor the effects that visitors have on the penguin rookeries. This building is also a museum, so there is a great selection of souvenirs available. They even allow you to send a postcard from there!

These cruises are some of the most unconventional you can find. Although they may not offer the same experience you get from a regular cruise in the Med, there is still plenty of enjoyment and adventure to have. Some of the scenery is so beautiful that any picture you take won’t be wasted. If you’re bored of doing the same old holiday year after year, cruises offer an amazing experience, with unconventional cruises providing an even greater sense of adventure.

What do you think? Would you add any more unconventional locations? Let us know!

Pictures sourced via Wikipedia.org and Shutterstock