Cruise right here in the UK with a premium breakfast cruise and Notting Hill Carnival experience.

When people think of cruises, there’s often an instant association that the ship must be going abroad somewhere. As a matter of fact, there’s an event going on in London that is going to attract people from all corners of the globe. The Notting Hill Carnival has been held on every August bank holiday since 1966.

It’s set up to be one of the most exciting years yet, with the streets of West London being filled with the smells, sounds and wonders that are associated with Europe’s biggest street festival. There’s also a unique cruise experience you can enjoy which is available to all. 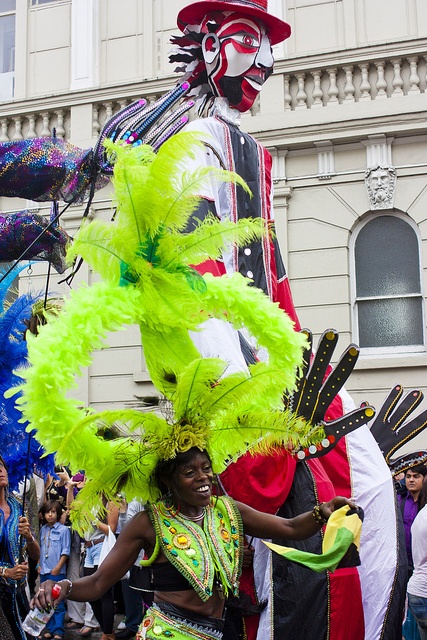 The history of the Notting Hill Carnival

It used to be that carnivals were a regular occurrence in Britain back in the 18th century. They were a place where everyone, regardless of status, could enjoy themselves and unwind. You could expect juggling, pickpocketing, drinking and masquerade, something that the government didn’t condone.

At one point, carnivals were outright banned for moral reasons and the anti-authority behaviour that they would often inspire. Thanks to the Notting Hill Carnival, this tradition was revived, making it a great testament to the diverse culture we have here in Britain.

There are two main events that came together to create the Notting Hill Carnival.

The first event was a Caribbean Carnival that was held in St Pancras Town Hall in 1959. This event occurred as a response to the poor state of race relations at the time, as the previous year there had been the Notting Hill race riots. Following these events, the Caribbean Carnival was held inside and also televised, allowing the British people to get an understanding of Caribbean culture.

The second event was the hippie London Free School festival situated in Notting Hill, with it being one the first organised outside events in August 1966. Rhaune Laslett was the person that created this event, who at the time didn’t realise that the indoor Caribbean Carnival was going on.

This festival was incredibly diverse, promoting cultural unity. It became a carnival when a group of neighbourhood children that were having a street party started a carnival procession when Russell Henderson and his street band started to walk and play.

These two events joined together, and the Nottingham Carnival was born. What’s interesting is there was no permanent staff or even a head office. A place was needed to function as a communication hub and office address so the carnival could function. A restaurant known as the Mangrove then took up this responsibility.

It was thanks to this, that the carnival had a focus on the Caribbean, and in 1976 over 150,000 people chose to attend the event. Unfortunately the event didn’t take off at first, with a number of riots breaking out. There was a lot negative press surrounding the event, and its future was uncertain.

Thankfully people started to see how important this event is, with Prince Charles even being a supporter. For many years, the event has been free from any serious trouble, and is seen as a great example of London’s diversity.

The Notting Hill Carnival is now hosted by its own company, ensuring that everything can be run as smoothly as possible. It’s estimated that this event generates £93 million for London and UK economy, even though it only lasts for three days.

What you can expect

What’s amazing about this event is that it’s about Caribbean culture and diversity. It’s all about having a dance to a number of different music types, delicious authentic Caribbean foods and a friendly atmosphere like no other.

At the Notting Hill Festival, there’s a real sense of community and inclusion. The Notting Hill Carnival is a huge party, and everybody is invited to take part. There’ll be 50,000 performers and over 30 sound systems, which all works together to create one amazing event.

Now, I bet you’re wondering where the cruise aspect comes into a festival that occurs in the suburbs of west London.

There’s the option to go on a cruise with a West Indian style, going from Tower Pier, along the Thames and all the way back. It’s as if you’re part of the carnival, except on a luxury boat. You will literally bring London to a standstill, with Tower Bridge opening to let the boat sail through.

Make sure to bring an appetite, as Marlon Kennedy, Mayfair’s famous chef, will be making your inclusive premium breakfast. It’ll be packed with some of the finest Caribbean specialties. You’ll be sure to experience a world of exciting flavours and textures.

When it comes to onboard entertainment, don’t worry, as there’s a number of musical acts that are there to entertain you:

A DJ like no other, Shep Beats is from Barbados, but he’s based in London. He blends traditional Caribbean beats with modern electronic music, creating a blend that’s a delight for the ears.

Coming from the twin island of Trinidad and Tobago, Dj Markee has been creating and producing music since 1998. Taking inspiration from Calypso legends such as Mighty Shadow, David Rudder, Burning Flames and Square One, as well as music artists like Whitney Houston, Madonna, Notorious BIG and Michael Jackson just to name a few, you can expect an amazing set.

Possibly one of the most experienced DJ’s that’s playing at this amazing carnival, DJ Private Ryan is known for his versatile sounds which has helped him to become famous. Since he was seven years old, he’s grown up in an environment that has focused on amazing music. It was from watching his dad spinning records that he got the inspiration to be a DJ.

From the age of 16, Private Ryan has DJ’d in some of the best clubs in his home country. When he went to Florida International University, he developed a passion for soca music. He created the name, DJ Private Ryan, and now he’s world famous.

If you’re looking for a DJ with amazing mixing skills and an amazing charisma, you’ll love D-One. He has one rule, “spread the joy”, and that’s what he does everytime he takes to the decks. His set will be a party experience like no other.

When Daryl Rodulfo was only eight years old, he would sneak into uncles room and put play some of the latest tunes. From watching his uncle spin music disks he learnt the basics of DJ’ing. Once he emigrated to New York, he absorbed the sounds this amazing location has.

D-One has truly earned the prestigious position he has today. The very first venues he played were simple backyard parties and high school parties. Once he established himself, he started to play clubs which attracted attention to himself. Now he’s world famous, and he creates some of the most amazing beats you’ve ever heard.

Your host for this amazing experience is the famous Konata Alleyne. He’s a Trinbagonian musician, record producer, recording artist and entrepreneur. Konata started his journey with music when he was only young, with him being part of the National Youth Orchestra of Trinidad and Tobago, as well as the Queen’s Royal College Concert Band.

Konata eventually moved to the United Kingdom to further pursue his passion for music. He’s a charismatic person that’s sure to get everybody in the mood to party. There’ll be a number of giveaways that you can take part in, so keep an eye out.

The Notting Hill Carnival 2014, the cruise and the experience

Without a doubt, Notting Hill Carnival 2014 is going to be the must see event. Although the carnival is amazing experience by itself, experiencing a cruise experience over the Thames is going to make the event even better. As there’s a number of top quality DJ’s performing on the ship, there is no chance of boredom.

The cruise event is so popular that last years tickets sold out incredibly fast, so make sure to secure yours as soon as possible. There are very few opportunities to take part in a premium breakfast cruise in the world, so don’t miss out. Check out the full website for more deatils about the carnival, as well as this infographic.

What did you think of this blog? Do you think you’ll be going to Notting Hill Carnival? Let us know in the comment section below, or join the conversation on Twitter:@Cruisenation.