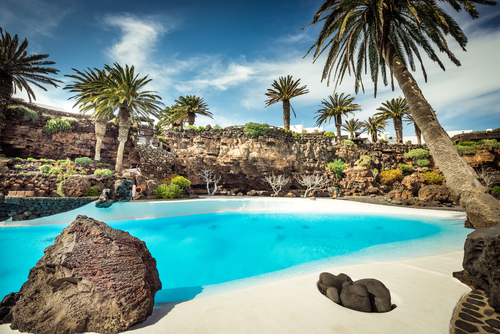 Although cruise holidays are temporarily suspended around the world due to the pandemic, there’s nothing to stop you looking for some inspiration and planning where you’ll visit when cruises resume. We’ve put together a list of some of the best port destinations on earth that simply have to be on your bucket-list!

Montego Bay is Jamaica’s second city and one of the most popular tourist locations in the Caribbean.

Places to visit in Montego Bay

World famous Doctor’s Cave Beach is one of the most popular spots in Jamaica, in the early 1920s a British osteopath declared the water had curative powers after swimming there.

The White Witch awaits you in the legendary Rose Hall Great House where the memory of her reign still stirs. The Great House is just one of many attractions on the 6,600 acre Rose Hall Plantation.

Known as “Hip Strip,” Gloucester Avenue is the ideal place to be for anyone looking for shops, delicious food in one of the many restaurants, and exciting entertainment in the theme bars on the strip.

Enjoy a 3-mile rafting experience not to be missed down the Martha Brae River. Steadily glide through the lush Jamaican rain-forest.

Capri is an island located in the Tyrrheian Sea, on the South side of the Gulf of Naples region of Italy. The city itself is full of beauty and Roman ruins from past decades. The city is a modern incarnation as a tourist centre and dates back from early 20th century. It is a very popular tourist destination and its two main destinations that are highly recommended are Capri Town and Anacapri. Relax and explore cafés and designer boutiques along the shoreline and visit the white sand beaches.

Places to visit in Capri

This monestry was founded in 1363 and was used as a place of worship. The building is still standing to this day and was restored to make into a museum. This museum holds 17th century paintings and a lot of history about the city of Capri, Italy.

Giardini di Augusot is a large garden which is situated near Certosa di San Giacomo. The garden offers a wide, panoramic view of the cities coastline and three limestone rocks that tower out of the waters.

Grotta di Matermánia is a natural landmark in Capri. It is a cave that was used by the Romans and to this day, you can still spot the mosaic wall which is decorated with shells.

The fourth largest island in the Canaries, like its neighbours Lanzarote was shaped by a period of volcanic activity. With a rugged landscape and warm climate and lack of rainfall, and its beaches prove popular with travelers.

Places to visit in Lanzarote

This lunar landscape is a Spanish national park made up of volcanic soil. The statue “El Diablo” by Cesar Manrique is its symbol.

This tiny fishing village boasts warm, golden beaches that overlook the Atlantic with water which is perfect for swimming and other water sports.

A warm and welcoming wine shop, with a tasting room or a marketplace where visitors can sample or purchase wine.

A massive four mile volcanic tunnel which was formed by molten lava and transformed into a lush tropical garden, pool bar and auditorium.

The most famous viewpoint of Lanzarote situated on Famara Cliff provides breathtaking views over the islands oldest salt plains.

An amphitheatre shaped garden which features ten thousand types of cacti and stone sculptures. A 26 foot high metal cactus welcomes you to the garden.

This castle which was erected in the 18th century to defend against pirate attacks today it holds the International Museum of Contemporary Art.

The former home and studio of the artist sits on top of a volcanic trail, the interior is built around five volcanic bubbles.

Dubrovnik is a walled city on the Adriatic Sea coast of the extreme south of Croatia. It is one of the most prominent tourist resorts of the Mediterranean and listed as a UNESCO World Heritage Site since 1979.

Places to visit in Dubrovnik

On top of the tower are the famous Zelenci, bronze statues which strike the gigantic bell every hour.

The fountain stairs are nowadays a favourite meeting place for local youth and where both the tourists and pigeons take rest and refresh themselves with cool water.

The Stradun is the central street of the city of Dubrovnik and is the place where the old city comes to life.

Once inside, you’ll find a wide marbled pedestrian boulevard and the 15th century Onofrio Fountain among other historical monuments.

Inside this 15th century palace you’ll find a vast collection of artifacts, paintings and furniture dating back from the time of the Dubrovnik Republic.

The area is filled with beautiful contrasts-mountains and valleys, green hills and naked stone, and over 30 villages.

Rome, the Eternal City is the capital and largest city of Italy and of the Lazio region. It’s famed for the Vatican City, Three Coins in the Fountain, the Roman Empire, the Seven Hills and La Dolce Vita. Rome, as a millennium-long centre of power, culture and religion, has exerted a huge influence over the world in its roughly 2800 years of existence.

Places to visit in Rome

Known properly as the Flavian Amphitheatre, this most famous of Roman landmarks takes its name from the giant statue of the emperor Nero that once stood near this location.

The independent Vatican City and its endless treasure troves of sights, relics and the Vatican Museums – as well as the surrounding Italian districts of Borgo, Prati and Monte Mario.

The Seven Hills of Rome

To the modern visitor, the Seven Hills of Rome can be rather difficult to identify. In the first place, generations of buildings constructed on top of each other and the construction of tall buildings in the valleys have tended to make the hills less pronounced than they originally were.

A sure part of everyone’s Roman holiday. Visitors are always amazed that such a big and famous fountain is tucked away in a small piazza in the middle of side streets.

Galleria Nazionale d’Arte Moderna Houses many Italian masterpieces as well as a few pieces by artists such as Cézanne, Modigliani, Degas, Monet and Van Gogh.