Holland America Line is honoring its Master Chef and culinary consultant Rudi Sodamin, the creator of Sel de Mer aboard ms Koningsdam, by launching the French brasserie as a pop-up in the Pinnacle Grill and naming it Rudi’s Sel de Mer. Six ships in the fleet will feature the pop-up, including ms Eurodam, ms Nieuw Amsterdam, ms Noordam, ms Oosterdam, ms Westerdam and ms Zuiderdam.

Since it launched on ms Koningsdam as a stand-alone venue, Sel de Mer has garnered both guest and industry acclaim. Rudi’s Sel de Mer will build on this success with a version of the menu sampling classic French dishes including locally sourced seafood served in a setting that will transform the Pinnacle Grill alternative dining venue into an intimate brasserie with custom décor, plates, menus and uniforms reflecting the ambiance of the original Koningsdam restaurant. A specially crafted cocktail and wine menu will also be featured. Rudi’s Sel de Mer will be offered once on seven-day cruises and twice on cruises longer than 10 days.

For Rudi’s Sel de Mer, Chef Rudi also has created ‘Food Faces Art’ for the exclusive show plates made by Bernardaud, the leading French manufacturer of Limoges porcelain.  Each artistic culinary plate portrays a work of art — from food.

Indulge in the Freshest Seafood at Rudi’s Sel de Mer 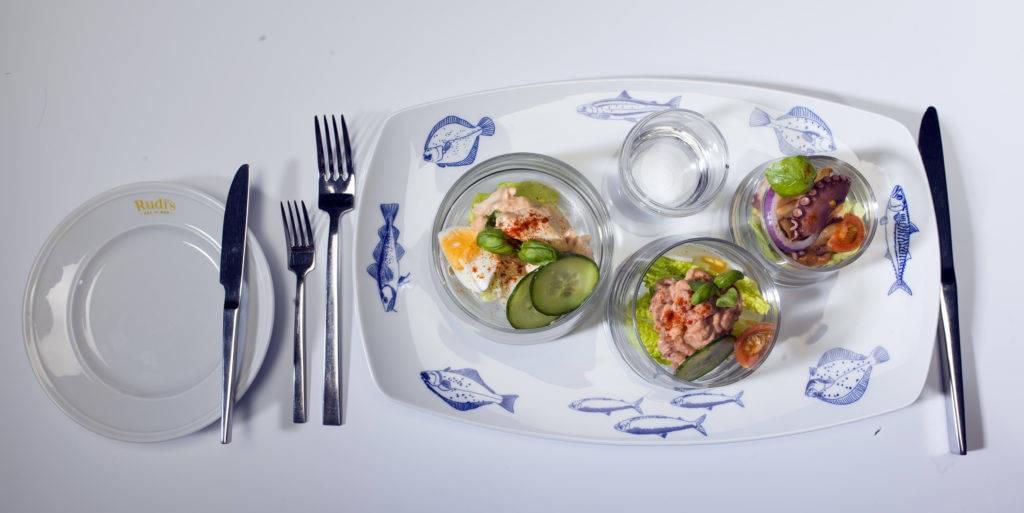 For an entrée, guests can dine on Broiled Maine Lobster, Whole Dover Sole Meunière, Rack of Lamb Persillade, Duck Cassoulet, Steak Frites, Soufflé au Fromage and the popular Salt Crust Baked Branzino. The chefs also will go ashore to the local fish market whenever possible and personally select the catch of the day as a featured dish for the menu. 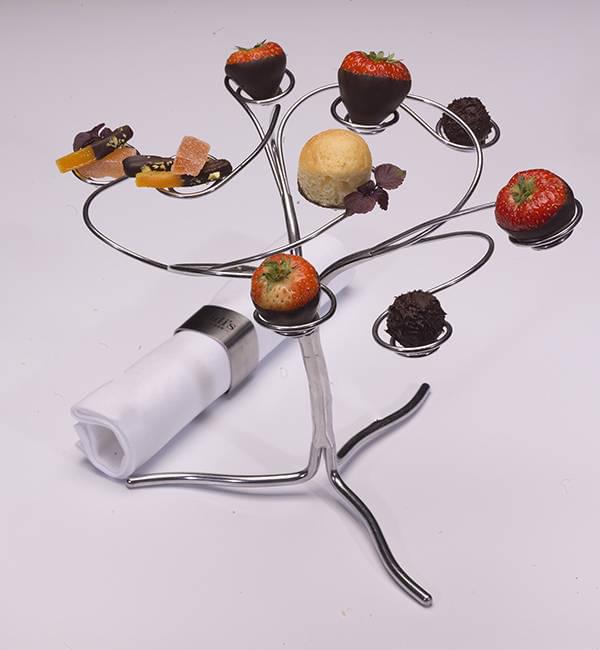 No meal at Rudi’s Sel de Mer would be complete without a delectable dessert. Choices include Crêpes Suzette, Apple Tarte Tatin, Profiteroles with Hot Chocolate Sauce, Artisanal French Cheese Plate and Rudi’s famed Souffle – a version of the Salzburg Nockerl.

Rudi’s Sel de Mer will be offered for a set price of $49 per person for dinner, and reservations are recommended.

Master Chef of the High Seas

An internationally respected food authority, Rudi Sodamin is the most highly decorated chef working on the world’s oceans today and is considered among the hospitality industry’s most-innovative chefs. As Holland America Line’s culinary consultant and chairman of its celebrated Culinary Council, he is the driving force behind the development of fine dining at Holland America Line. He has earned numerous awards for his creative approach and is credited with innovations that continue to improve standards industry wide. Sodamin has authored 13 cookbooks.  A 14th will be published later in 2017. Rudi is a member of the prestigious Academy Culinaire de France, the Maîtres Cuisiners de France and an honoree member of the noble Club des Chefs des Chefs, whose members cook for presidents, kings and prime ministers.