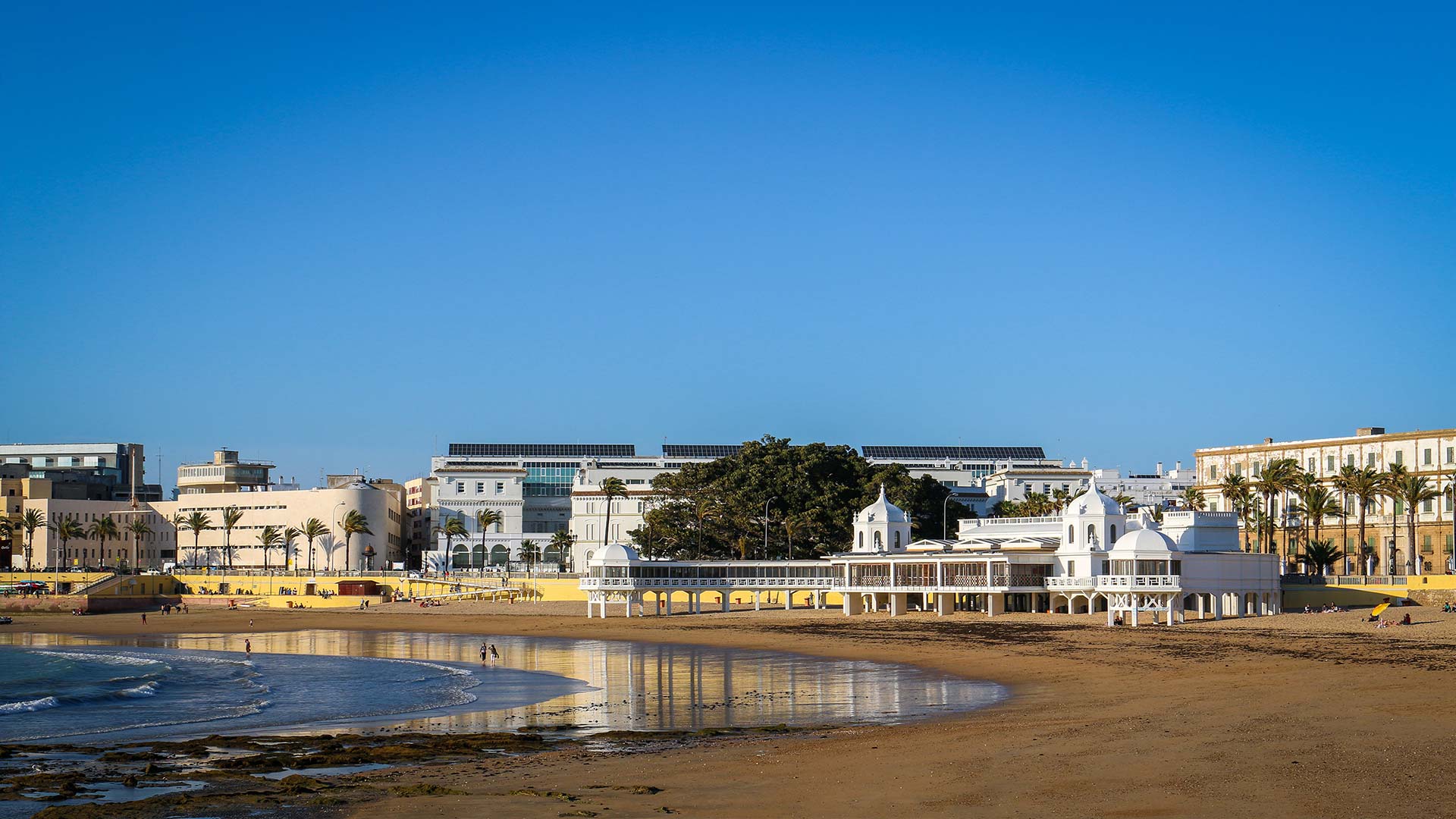 Cadiz is said to be the oldest city in Western Europe, founded by the Phoenicians about 3,000 years ago. This typical Andalusian city is almost entirely surrounded by water with a wealth of attractive vistas and well preserved historical landmarks.

If you are planning on visiting in February be sure visit when the Carnaval is on, usually the weekend before Ash Wednesday. Consisting of singing, dancing and costumes run for the whole week definitely not to be missed.

Just a short journey away from old town, Playa de la Victoria is considered one of the most popular beaches in Cadiz, it has plenty of water sport facilities, bars and restaurants.

The celebration of Holy Week or Semana Santra in Seville arguably holds some of the most elaborate processions of the brotherhoods and fraternities.

The remains of this ancient structure were discovered in 1980, built during the 1st century it was one of the largest ever built in the Roman empire.