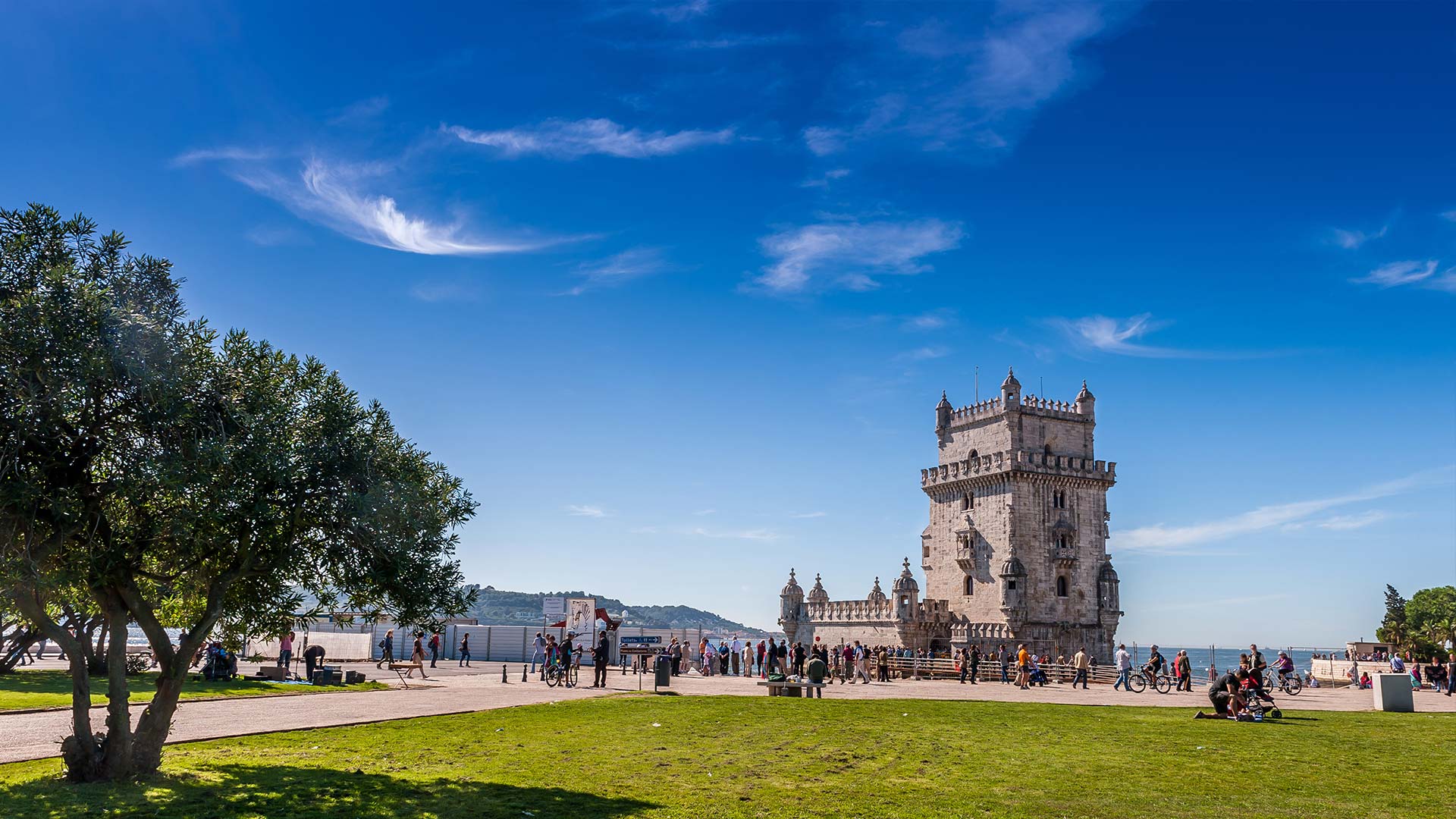 Lisbon was once the centre of a maritime empire, today it's a stately city of Neoclassical buildings and wide plazas. The magnificent harbour is spanned by the longest suspension bridge in Europe.

Monument to the Discoveries

This modern monument to the Discoveries situated on the banks of the Tagus commemorates Portugal's great seafarers.

This delightful fishing village is a popular beach resort boasting stunning ocean views plus a a fascinating mix of modern buildings and early 20th century homes. Sintra is home to an 8th-century Moorish fortress, palaces and castles

This breathtaking 16th century monastery is considered to be Lisbon's finest landmark.

Belem Tower fortress sits directly on the banks of Tagus, this unique four-storey building was built in the 16th century to defend the harbour.

This is Lisbon's central business district.

Our Lady of Fatima Basilica

This site marks where the Virgin miraculously appeared to the three shepherds in May 1917.