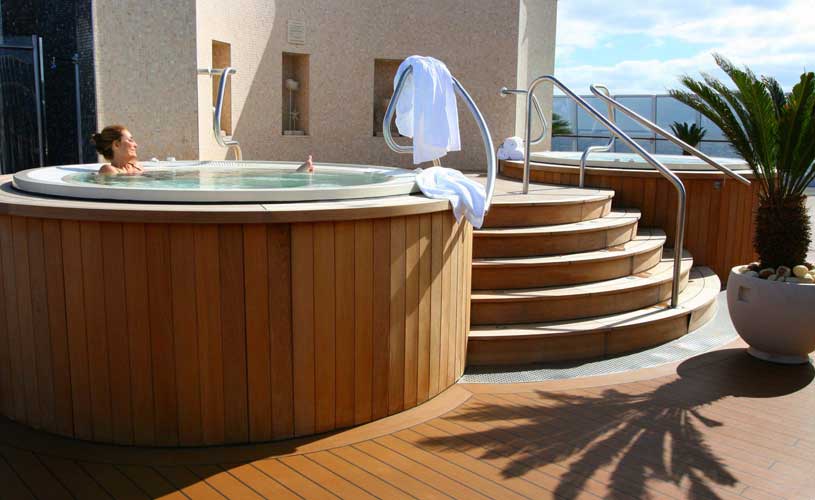 Oceania Cruises sells itself as a high-end but premium cruise line, but to me, its ships are pretty luxurious and up there with the cream of the crop. The ships feel like a country club and there is a very relaxed vibe on board. It’s not stuffy or pretentious in the slightest. Although it’s not a completely all inclusive cruise line, there are a lot of things included, such as soft drinks, coffees and bottled water.

Oceania has two different sizes of ships, a smaller class which holds only 684 people or a slightly bigger style of ship with 1,250 guests. The fleet sails the world, operating in the Far East, the Caribbean and in Europe. 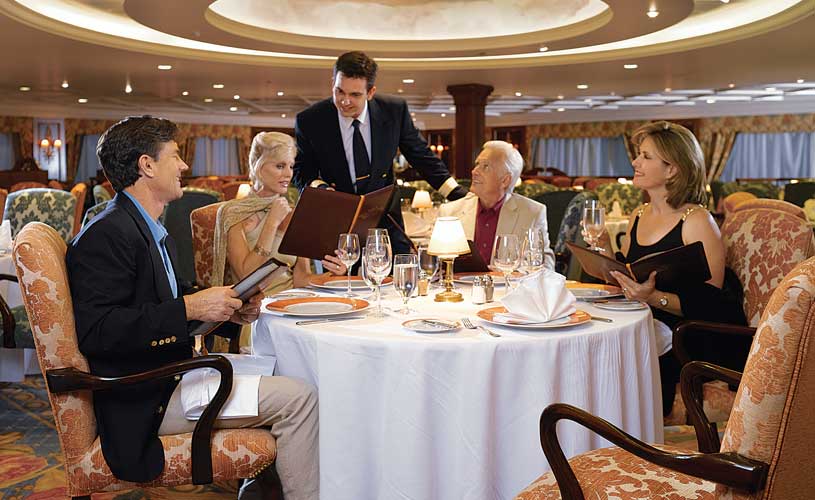 Oceania takes food seriously and it’s second to none in the industry. Even writing about it is making my taste buds tingle! The five-ship fleet is a food lover’s dream! Whether you’re eating in Asian restaurant Red Ginger, Tuscan restaurant Toscana or steakhouse Polo Grill – you’ll be in food heaven. Signature dishes include a King’s Cut Bone-In Prime Rib, dry-aged beef and miso-glazed seabass. The dining options are a real luxury – and even the china in Toscana is Versace.

The line has an open seating policy so you can wine and dine whenever and wherever! But if you want a more relaxed dining option then Oceania can offer that too. If you want alfresco dinner then head to the Terrace Café where you’ll get your hands on a tasty buffet. The café also serves breakfast and lunch, plus it has a pizzeria which is open throughout the day! To match the great cuisine onboard Oceania, the line also has a Culinary Center (on Riviera and Marina only) where you can learn how to cook different styles of food.

Like Azamara Club Cruises, Oceania doesn’t tend to attract many families because there is no children’s program. You’ll probably see some older teens during the summer months when you’re off school, but you certainly won’t witness hoards of screaming children running around. To keep teens busy there is table tennis, shuffleboard and a few other board games in the game room and of course there’s the swimming pools too.

The entertainment on board is subtle but great. The line’s casinos are all really small, unlike some of the mega ships of other lines who have sprawling casino areas. When it comes to shows, Oceania has lots of offer. Every ship has a different itinerary when it comes to entertainment and that’s because the line likes to make sure that every sailing is different and unique. On Riviera you might watch Up In Flames, a show featuring the music of Sir Elton John and Billy Joel, while on Marina you could be listening to the tunes of the 1960s at the Groovin’ show.

The amount of space dedicated to the spas on board is impressive, they’re big and offer lots of different services. The spas are all operated by Canyon Ranch, which is a well-known company in the US, best known for its premium treatments. 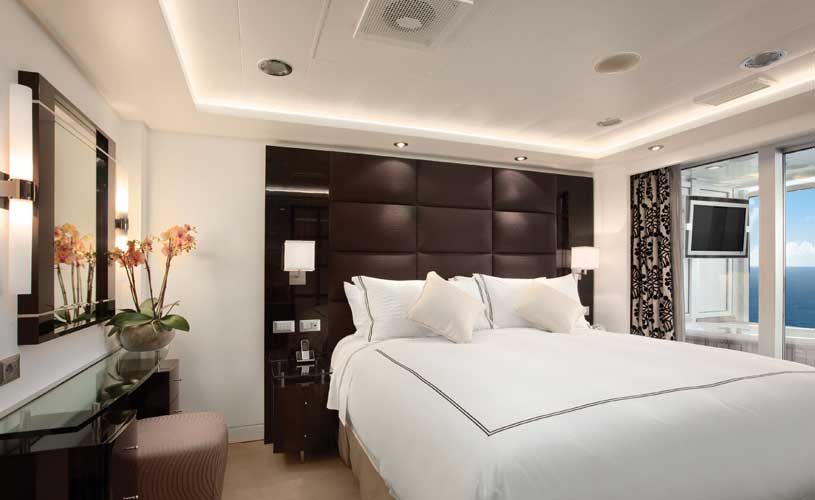 The cabins onboard tend to start out quite small but if you’re willing to pay a little bit extra you’ll be getting quite a bit more space and bang for your buck. When it comes to suites, Oceania’s are massive! Probably among the biggest suites at sea but obviously they come with a pretty hefty price tag.